Thank You
Secured Login
or

How to choose the Best SEO Company for Organic Promotion 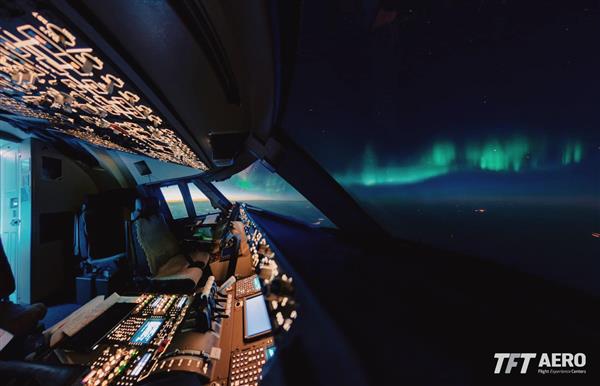 Under an enormous dome, in a brightly lit, spacious area, greatness rises in the form of the Boeing 737 simulator.

A screen surrounds the cockpit from all sides, on which an image of the outside world is displayed. The entrance to the simulator is via a stairway that is lifted and moved to the side before flight.

You cannot exit the simulator during the flight without concluding the operations of the motion platform. In case of emergency, the instructor can stop the simulator in the span of several seconds.

The simulator is mounted on a professional platform with six degrees of freedom (6DOF) and a wide range of piston rod movement capability. This is one of the special features that distinguish it from a cheap attraction.

What is it for? The platform serves as a means to carry out accelerations and imitates real flight. The longer the cylindrical piston rods, the more realistic the movements feel. Not only do you feel the acceleration, but also fully experience air pocket encounters and turbulence.  For pilot training, a motion platform is an important and expensive component of the simulator.

The screen has a complex geometric shape: something between part of a sphere and a torus, this gives guests the ability to see the outside world from the windows of the cockpit in a way which makes them forget about being in a simulator.

There are also several other optical secrets, but they deserve their own separate story, just like the other stories about the many different elements of this engineering masterpiece that I was able to learn.

Unlike cheap attractions, professional simulators have high requirements for accuracy when imitating the aircraft’s systems, the physics of flight during all stages and maneuvers on the ground. The simulator’s software is fully responsible for all of this.

At first glance it seems like nothing too complicated but if I start listing off all of the requirements this will turn into a never-ending story. Here are some examples to add to the flight of your dreams.

For instance, when the operating mode of the engines changes (their thrust increases or decreases), the aircraft must change its speed within a specific amount of time that corresponds to its mass, speed and other parameters of its configuration. It must be absolutely accurate, or else the pilots could get used to the aircraft reacting incorrectly to their actions and make a fatal mistake in a real flight. The same applies when braking on a wet runway, in snowy weather or with a crosswind.

The instruments should show accurate, not approximate, flight parameters. Everything must fully correspond to a real flight, otherwise it would be just a toy, and not training equipment.  As you understand, thousands of parameters are important.  For this reason, software is very expensive as many people have been working on it for a long time. Everything has to work perfectly, even the things that take too much time to explain. I value your time.

Pilots often refer to the cockpit as “my office”. This is accurate as it is the place where they work and where they spend thousands of hours during their flying career. Designers pay a lot of attention to the ergonomics of the chairs, but unfortunately, they cannot be called particularly comfortable.

Fortunately, the chairs have several adjustments that are primarily designed to give the perfect view of the instruments and the runway. I must say that the pilots have the best view from their window. This is where the advantages of their “office” end.

There are two pilot and two observer seats in the cockpit. Guests can change seats during the flight. One of the pilot's seat is occupied by the instructor. Usually, the guest controls the plane from the captain seat.

Vital instruments known as the flight controls are located in the cockpit.  There are way more controls than in a car and they are all very important at different stages of air travel. Yokes are most functionally similar to a steering wheel as they allow you to make turns to the right and left, but that is the only similarity to a steering wheel. The yoke is mounted on a column, which can be tilted back and forth to steer the aircraft up or down. There are several buttons on the yoke, which we will talk about later, but they are also very important. When the autopilot is in operation, the yoke moves by itself so don’t be confused.

TQ, otherwise known as the throttle quadrant, is an entire collection of different levers, in which the main ones control the thrust of the engines. There is a lever that controls the flaps and air brakes, also known as spoilers. These are sections of metal on the wing that protrude and tilt to move. There are also wheels that start to spin when you press the keys on the yoke. They change the position of the stabilizer. Oh yes, I would like to mention a minor detail. Modern civilian airliners have one wing. Yes, exactly one, whereas a plane that has two wings is called a biplane. This is why the right and left parts of the wing are called a half wing.

There are many different fine details and knowledge that can be learned at TFT Aero Dubai in flying school.

So, you’ve gained a few crumbs of general understanding about the simulator, now we will finally try to take off and not crash. I am greatly reassured by the presence of an instructor to my right, because I have already forgotten a lot and he is my only hope. There are so many controls, switches, and buttons, that it’s somewhat difficult to comprehend them all at one's first try. The right way to start would be to stop staring at the controls and try finding out which of them would be useful at this or that moment.

It is obvious that you need fuel, electricity, air to breathe, hydraulics to control the steering surfaces of the wing, and for little things, there are also various auxiliary systems. Oh yes, and I almost forgot, we still need navigation so as to not stray from out flight route. Do you know how this is done in the plane? I know, but you would get tired of reading. Just accept it as fact that this also exists.

So, there are a lot of instruments and controls in the cockpit. There are the main, the auxiliary and emergency tools. The pilots have two main monitors in front of them that display “where we are flying” and “how we are flying”. “Where we are flying” shows the route and a lot of useful information essential to the pilot. “How we are flying” reflects the parameters of the aircraft’s flight; its altitude, speed and additional necessary information. In the centre, you will see the screens displaying general information about the operation of the aircraft’s systems, which can be switched to different modes to display different information. For now, take it as fact and don’t think too much about it. To an average person, this would be like attempting to read the Mayan tribes' scipts.

Start up the engines

The start up of an aircraft starts from something the aviation language calls a “cold and dark” state. It should be noted that “cold” refers to the state of the engines and not the temperature of the surroundings, although in northern countries it can be so cold in the passenger compartment and the cockpit that technicians have to literally warm the plane with hot hair. Just like a car, an airplane is battery-powered. We turn on the power, and this is how we get electricity on board. If the battery runs out there is a support car on the ground, almost always and almost everywhere. On the plane, or at least on board a Boeing, there's a very small engine located in the tail. We need to start it up to get battery-independent electricity and some airflow. Engine started.

Now you can spin one of the turbines with air and “start” the engine by supplying fuel, after which we can assume that our life is going great. We now have electricity, a flow of air to spin the second engine and interior air conditioning (although a small auxiliary engine can take care of this too). Time to start the second engine.

Forgive me for the small emotional digression. We are used to buying products wrapped in beautiful packages, but very often cunning sellers hide a completely mediocre product inside. We know. These people take advantage of our ignorance and trust with their scams and rip-offs.

In the world of flight simulators, they are called simulators, no matter how different. Those that are located in training centers of airlines, and those that some of us use at home on our computers, they are all called the same thing by anyone who’s ever heard of such a product. What I tested out, and I saw a lot in Dubai, is a real quality product, and not an attempt to hide behind a beautiful name and external similarity. This is a thing. This is the REAL thing. I know what I’m talking about. My friend, a pilot who was with me, asked to not be named but he, with great conviction, confirmed and concurred with my opinion and my admiration.

A simulator which is very technically advanced, in which all systems and aircraft controls are implemented with great precision to correspond with piloting a real airplane, including a beautifully displayed image of the surrounding world and a fully dynamic motion platform.

Why Customized Acrylic Cosmetics Display Stands Are Important To Your Business

Find out if your business is listed correctly online? Update your contact details, business hours, products & services and more.
CLAIM YOUR LISTING NOW